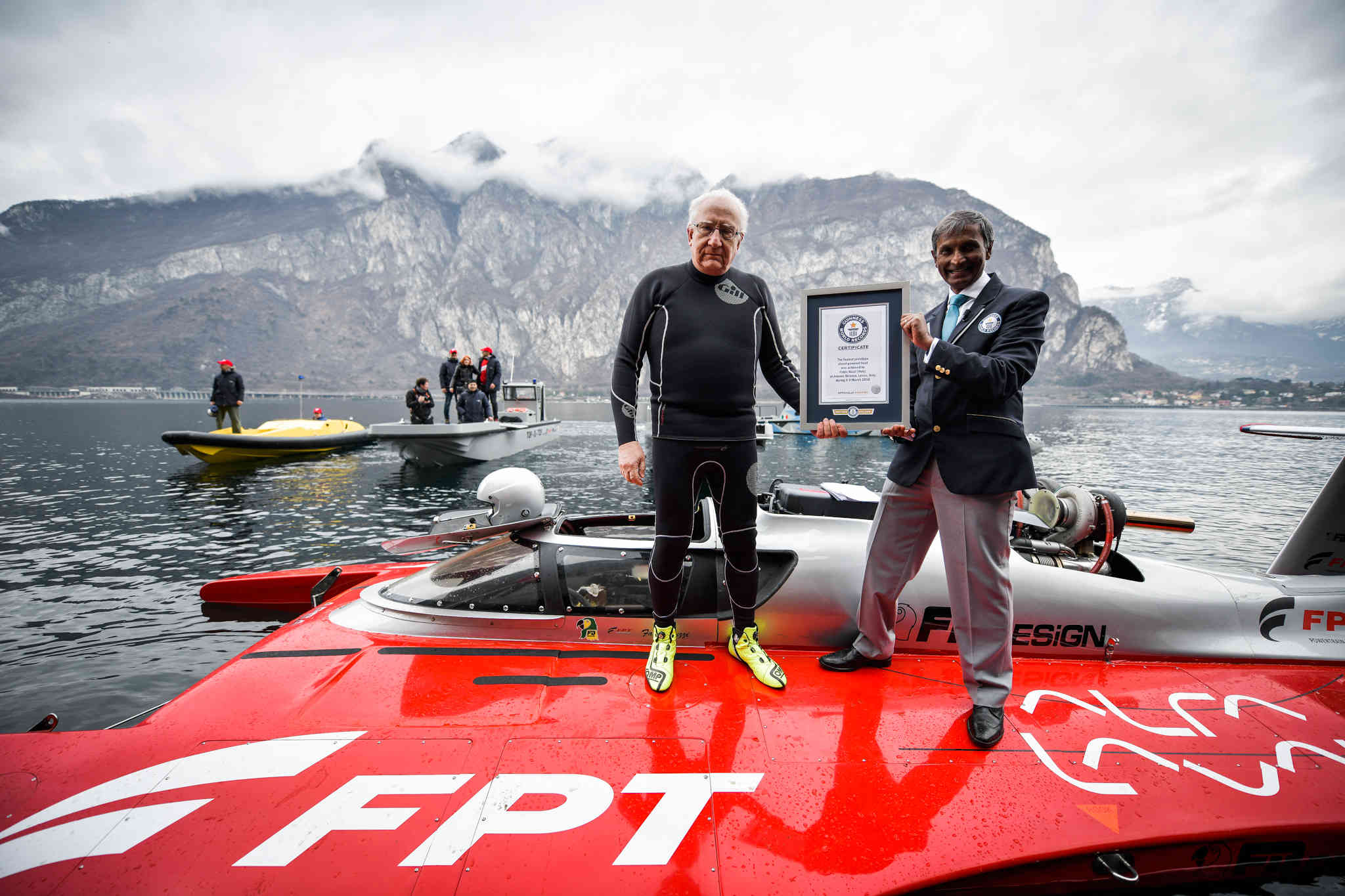 At the beginning of March, Lake Como was the scenery of a new world record. The three-point hull driven by Fabio Buzzi reached the incredible speed of 277,5 km/h and beat a record that remained unbroken since 1992, when Buzzi once again achieved the Diesel Powerboat World Speed Record with a speed of 252 km/h .

The record was certified by the Guinness World Records using sophisticated measuring systems which guarantee accuracy to the thousandth of a second. The triumph was everything but taken for granted: considering the speed and shape of the boat, in fact, even the smallest shift of wind could have brought setbacks, also compromising safety. Thus made the weather a great obstacle, that Buzzi overcame with the great support of FPT Industrial engine.

The engine mounted on the three-point hull is unique: it is a Cursor 16, specially developed for this occasion. The Cursor 16 is, in fact, normally used in Agriculture applications, such as combine harvesters and forage harvesters, and it was now turned into a marine engine capable of developing more than 1,700 hp. In order to do this, FPT Industrial and FB Design collaborated together, developing new marine concepts like the aluminum extruded exhaust manifold on the last generation electronic Common Rail base engine, characterized by steel pistons. New technologies can be found even in the turbocharging system which was tested to introduce multiple electronic variable geometry turbo solutions. Furthermore, the racing engine’s cooling system features a single-direct circuit, with a water intake step-change solution inside the boat’s rudder.

This engine required a great effort from both companies, with FPT Industrial involving its Testing Center in Turin and its Research and Development Center in Arbon, where the expertise gained during other racing projects was used to optimize the engine.

The record signs another milestone for FPT Industrial and FB Design’s partnership, which is now more than 35 years long. During this time, 32 titles have been won, including 15 world championships in different classes and 17 international trophies. As for speed competitions, Buzzi’s hulls, powered by FPT Industrial, won races throughout the 1980’s and the New York-Bermuda race in 2012 while the Red FPT, equipped with four N67 600 engines, won the Marathon World Cup in 2010, the most prestigious endurance race in the world.

In the video above, you can feel all the emotions of the new Diesel Powerboat Guinness World Speed Record.

"The records are made to be broken," said Michael Schumacher. Sata S.p.a. congratulates its customer FPT INDUSTRIAL, and Mr Buzzi for having achieved this Guinness World Record of speed, with the Cursor 16 connecting rod provided.

Sata Group brings its own testimony of continuous research, to provide cutting-edge tech, innovative products that are able to find ever new and courageous solutions.

There is a moment during the race, when you feel you have exhausted your strength, but the champion still takes a step, accelerates and magically finds the energies he imagined lost. It works in sport and even in life. At any age.